Drilling is a cutting process that uses a drill bit to cut a hole of circular cross-section in solid materials. The drill bit is usually a rotary cutting tool, often multipoint. The bit is pressed against the workpiece and rotated at rates from hundreds to thousands of revolutions per minute. This forces the cutting edge against the workpiece, cutting off chips (swarf) from the hole as it is drilled.
In rare cases, specially-shaped bits are used to cut holes of non-circular cross-section; a square cross-section is possible.

Drill Bit:-
Drill bits are cutting tools used to remove material to create holes, almost always of circular cross-section. Drill bits come in many sizes and shapes and can create different kinds of holes in many different materials. In order to create holes, drill bits are usually attached to a drill, which powers them to cut through the workpiece, typically by rotation. The drill will grasp the upper end of a bit called the shank in the chuck.

Chuck:-
A chuck is a specialized type of clamp. It is used to hold an object with radial symmetry, especially a cylinder. In drills and mills, it holds the rotating tool whereas in lathes it holds the rotating workpiece. On a lathe, the chuck is mounted on the spindle which rotates within the headstock. For some purposes (such as drilling) an additional chuck may be mounted on the non-rotating tailstock.

To chuck, a tool or workpiece is to hold it with a chuck, in which case it has been chucked. Lathe work whose work holding involves chucking individual slugs or blanks is often called chucking work, in contrast to bar work or bar feed work. In bar work, the bar protrudes from the chuck, is worked upon, then cut off by a lathe tool (parted off) rather than being sawn off. Automatic lathes that specialize in chucking work are often called chuckers.

More videos for:-
Subscribe to my channel:-Romeo And Science 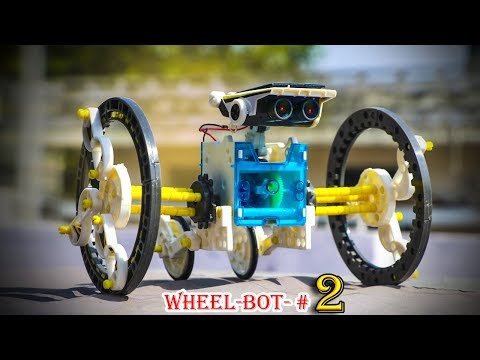